Skip to content
Please find information about the coronavirus here

PERIO-DENT® mouthwash is a therapeutic oral formulation that is ready to use. It contains a unique combination of a cellulose based polymer (Hydroxyethyl Cellulose), along with the potent antimicrobial agent Octenidine (Octenidine Dihydrochloride). 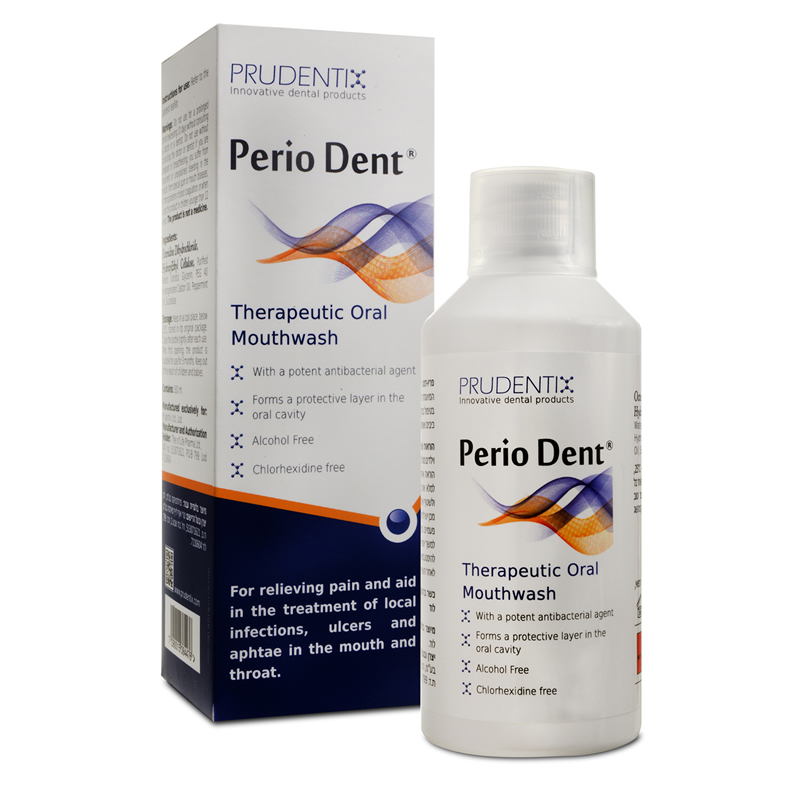 Octenidine has been proven to be highly effective against a wide range of microorganisms that are known to form colonies in the dental cavity, the most common of which are: F.nucleatum, C.albicans and S.mutans. Clinical studies have shown that mouth rinses containing Octenidine are effective in the control of dental plaque and remain active in low Octenidine concentrations (1).

Octenidine has been shown to be more effective than other widely used antimicrobial agents. Research conducted by Rohrer et al(1) showed that antimicrobial activity of mouth rinses containing Chlorhexidine was weaker than that of mouth rinses containing Octenidine. In a study conducted by Patters et al(2), it was demonstrated that when Octenidine was used as the only means of oral hygiene for a seven-day period, almost all plaque formation was inhibited. Furthermore, it was shown that rinsing the mouth with a 0.1% Octenidine solution resulted in significantly less plaque (39%), gingivitis (50%), and bleeding sites (60%) than in the control group (3).

After rinsing the mouth with PERIO-DENT® mouthwash, the Hydroxyethyl Cellulose polymer forms a protective film, that shields injured oral tissue (gums, teeth, side walls and pharynx) thus enabling the affected area to heal more rapidly. This film also protects the exposed nerve endings in the oral orifice and prevents pain sensation commonly associated with oral injury. Therefore, the combined effects of hydroxyethyl cellulose and the powerful antimicrobial action of Octenidine enable quicker healing of the mucoadhesive effect of the injured and/or infected tissue.

PERIO-DENT® mouthwash is uniquely formulated for the oral environment. The mouthwash is ideal for relieving pain and aiding the treatment of local infections, ulcers and aphthae in the mouth, without the side effects of chlorhexidine and with superior properties.